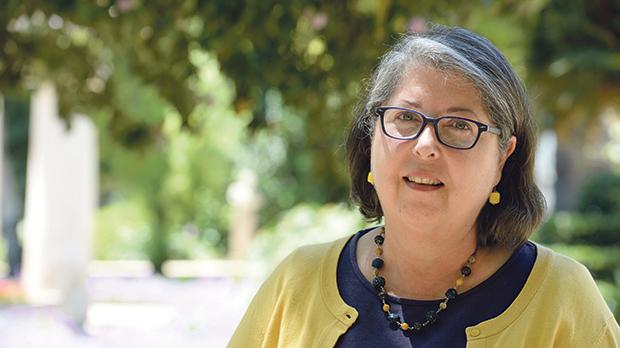 The State does not always deliver on its responsibility for the wellbeing of children in out-of-home care, according to the director of the President’s Foundation for the Wellbeing of Society.

“This is not to say that all children leave out-of-home care with issues,” Ruth Farrugia said. “There are those children who come out of the system equipped to face the world as adults.

“But a serious number of those children do not. The State has a responsibility to make sure that children in its care are looked after particularly well. The UN Convention on the rights of the child even mentions ‘special’ protection for children in the care of the State.”

Dr Farrugia was speaking ahead of the foundation’s third national child wellbeing conference, which is being held this week in collaboration with the International Foster Care Organisation.

Her current research with University College London is focused on the State’s responsibility for children in out-of-home care. It explores the relationship between the child and the State, which has assumed care in the role of a ‘parent’.

The revised Child Protection (Alternative Care) Act became law last January but has not yet been enforced, pending a legal notice.

Ahead of the initial drafting, the National Commission for Child Policy and Strategy, led by Dr Farrugia, met with children in out-of-home-care to ensure their concerns were reflected in the new law.

“One of the most traumatic things for children is being taken away from their parents. Even if things aren’t well at home, taking a child away remains the biggest thing in their life.

“When we asked how the legal procedure had gone for them, one of the issues they kept bringing up was that they weren’t quite sure why they were in care. They also insisted that a court should decide on their future.”

As things stand, care orders are signed off by the Family Minister.

“Children are aware that this is a big change in their life and what they get after this change depends very much on the luck of the draw,” Dr Farrugia said, insisting on the importance of moving child protection out of the ministry and into the hands of an autonomous structure.

This was important as ministers were politicians and had a very difficult balancing act to respond to the electorate’s demands while taking the best decisions in children’s interest, she noted.

Meanwhile, children needed to be able to access justice. What can children do if something goes wrong in residential care or foster care?

“If you’ve already lost your home and you’re in another one, where do you go? There is nowhere to go. How can you speak up against the only place you have? Children either run away or suffer in silence.

“In Malta, this situation is further complicated as there are no standards of care for children in out-of-home care. Social workers – whom I have great respect and sympathy for – have to keep themselves in check as this is not done by an independent body.”

For Dr Farrugia, who first started consulting the Family Ministry in 1987, “the law is about people in general, families in particular and children especially”.

If the State placed a child under a care order, it is pledging that it can do better than their birth parents.

Ruth Farrugia is concerned that because of the limited investment in foster care in Malta, and lack of serious commitment to long term planning for each child in out-of-home care, half the children in out-of-home care are in residential care.
While the number of children being placed in residential care is increasing, a number of them could possibly be freed for adoption, she says.

Open adoption would still allow the child to meet their birth relatives.

From the mouths of children

“When they took me to the home I was at school. I asked them to go and say bye to my parents. They told me ‘no you cannot go and say bye’. To me it is very hard not saying bye to your mother and father.”

“Why so many people on the board? I’m embarrassed to talk in front of all of them. I just look at the table.”

The conference this week is called ‘Setting Sail from a Safe Port: Giving our children confidence to move forward with safe and permanent relationships’. The issues discussed will include where children in care hail from and what their needs are. Speakers will also look into the implications of mandatory reporting of child abuse by professionals, and the need to further develop healthcare service provision for children in care. The partners include the National Foster Care Association Malta, the Foundation for Social Welfare Services and Eurochild.