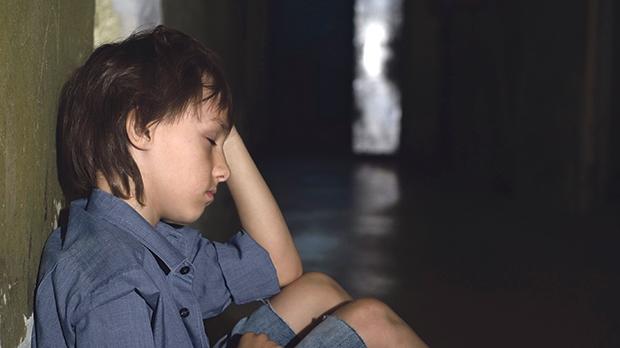 Minister should not choose all key players in child protection, President’s foundation says

The President’s foundation has expressed disappointment that the Family Minister will continue to be involved in the selection of all key professionals in out-of-home care.

Reacting to fresh Child Protection Act proposals, the President’s Foundation for the Wellbeing of Society noted that the minister continues to be heavily involved through appointments, funding and the people who determine removal, permanency and children’s availability for adoption, among other things.

While service provision must remain a ministerial responsibility, such decisions could be assigned to a third party, such as the courts. This would reinforce Malta’s observance of the UN Convention on the Rights of the Child and the European Convention on Human Rights, the foundation believes.

These comments emerge from the feedback submitted to the Family Ministry by the foundation, its research entity (the National Institute for Childhood) and a group of children in out-of-home care aged between 12 and 18.

The feedback recognises and values all the efforts made to improve the experiences of children in out-of-home care. “This draft law aims to bring forth significant change and improvement, particularly in relation to permanency, which will improve children’s sense of well-being in their alternative care,” the document reads.

According to the foundation, the new law should aim to provide autonomy and transparency in child protection and remove the ministerial responsibility assigned under an existing act, the Children and Young Persons (Care Orders) Act.

“It is disappointing to see that in this draft the minister has retained involvement in the selection of all key professionals involved in the out-of-home care process,” it says.

All members of the review, fostering and appeal boards are appointed by the minister, though appointing members following a public call and a meritocratic interview by impartial experts would inspire much more confidence and trust in their operation.

This draft gives the director (Protection of Minors) the powers of a magistrate holding an inquiry and has done away with the director requiring court authorisation. That, according to the foundation, is not in line with the Convention on the Rights of the Child, which says that the decision to separate a child from their parents needs to be “subject to judicial review”.

Read: Most paediatricians don’t have training in child protection

This draft has also given the director the power to speak to the child alone, while previously, the director was to be accompanied by a police officer. “Given these powers and the huge responsibility in being the first to interview the traumatised child, it is worrying that no criteria about their qualifications and experience have been laid down.”

The feedback from the foundation questions whether the director should be accountable to a higher authority such as the CEO of the Central Agency and how this office would be monitored for abuses of power.

The foundation welcomed the opportunity to immediately grant stability to children through an application made by the director (Protection of Minors).

Similarly, allowing for a decree that frees children to be adopted without any time frames and eliminates age restrictions is excellent.

It is not clear, however, how this will work for adopting a child who has been under the care of the same foster parents for more than 10 years.

Meanwhile, allowing the court to grant parental prerogatives to the alternative carers makes permanency much more effective and lessens the obstacles they encounter.

The same can be said when it comes to additions in this draft that allow foster carers to open bank accounts in the name of the child in their care.

Placing responsibility on the key social worker to apply for a passport for the minor is “a really positive measure,” the foundation says.

A related concern is that the provision does not provide a solution for those children of foreign parents who do not have Maltese citizenship, even if they were born in Malta. Without citizenship, a passport cannot be issued, so this provision must be extended.

The child protection social worker is expected to work with the parents following intervention to remove a child.

Research shows that parents are mistrustful and find it difficult to relate to such social workers after a child’s removal.

At that stage, a different social worker should provide support to the child and parents if there is to be any hope of their reintegration.

It is “disappointing” that most time frames have actually increased in the current draft.

For protection orders, the time frame for an application to be heard has doubled to 10 working days, effectively meaning that the first hearing can be delayed by a fortnight while the child is still living under the same circumstances that led the director (Protection of Minors) to intervene.

This delay serves the court and the officers of the director, who must appear before the court prepared to file evidence, but does not serve the child.

This becomes even more worrying when the time frame for the hearing in case of an emergency order is increased from three to 10 working days – meaning a fortnight, effectively – plus 30 to 40 working days for the investigations to be conducted and then another 10 working days for the court to hold a hearing and submit its ultimate decision determining the child’s living arrangements for the near future.

A child taken out of their family home due to significant harm may spend 12 weeks awaiting the decision that will determine their fate.

The same disappointment applies to the court granting two months to the director to prepare a care plan.

While freeing children in out-of-home care for adoption is much needed, there are some concerns when it comes to minors under foster care.

Ten years is “way too long” from the child’s perspective.

Meanwhile, though age restrictions have been eliminated in this draft, the assessment process prior to adoption has not been similarly eliminated. If the child has been living with the same foster carers for 10 years, it can be safely assumed that the foster carers are suitable adoptive parents.

This assessment process is an extra burden on the foster carers, both financially and psychologically, and should be eliminated.

Timeline of the Child Protection Bill

The Child Protection Bill was tabled in Parliament four years ago by President Marie-Louise Coleiro Preca, who was then the family and social solidarity minister. The draft law was revised by her successor, Michael Farrugia.

The new Bill was approved by the House in January 2017, but a legal notice bringing it into force was not published at that point.

The current Family Ministry, headed by Michael Falzon, has consulted with all stakeholders. In June, the ministry unveiled its final draft of the Children’s Protection Act, initiating a six-week public consultation after securing the approval of Cabinet.

The law, along with a presentation, is accessible in Maltese and English at  https://meae.gov.mt/. Feedback can be submitted before the end of July to childprotectionact.mfcs@gov.mt.